Centro-matic is a Texas band led by Will Johnson. Johnson is a folk hero of sorts. He is not like a Arlo Guthrie folk hero, he is more like a Paul Bunyan type folk hero. Centro-matic in many ways is the central ingredient in a small family of bands.

Will Johnson has several projects going on simultaneously.  Johnson is the lead singer and guitarist for Centro-matic, and the lead singer and guitarist for the more low-fi South San Gabriel. Johnson also tours solo and has released numerous records under his name alone. He is half of the duo Johnson & Molina. Johnson’s strangest role may be as drummer for Monsters of Folk. Monsters of Folk is a supergroup made up of Jim James(Yim Yames, My Morning Jacket) Conor Oberst(Desaparecidos, Bright Eyes, Conor Oberst and the Mystic Valley Band) Mike Mogis(Bright Eyes) and M. Ward(M. Ward, She & Him) and of course Will Johnson(Will Johnson, Centro-matic, South San Gabriel)

Here is a great chance to expose yourself to the music of Centro-matic and South San Gabriel; They have generously posted a compilation on their website of 24 songs as a sampling for the bands. The download can be found at: https://www.yousendit.com/transfer.php?action=batch_download&batch_id=UFhzT2pPZDVKV05jR0E9PQ 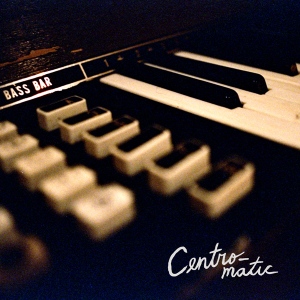 This is the cover art for the 24 song sampler provided on Centro-matic’s website.

The band is really a unique talent. The core of the band is Will Johnson and drummer Matt Pence. Johnson is such a unique singer that no other band really sounds anything like them. I have never seen a singer in a band use his proximity to the mike as a weapon as Johnson does. Johnson is also bafflingly prolific. Centro-matic  just announced the release of their 10th record, that doesn’t even count Johnson’s many other projects. Do yourself a favor and check out the sampler.

There you go, now LISTEN TO CENTRO-MATIC.

This entry was posted in Listen To.... Bookmark the permalink.