250 Word Album Review: Queens of the Stone Age – self titled 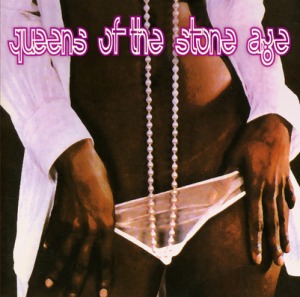 So Queens of the Stone Age’s self-titled first album from 1998 has been out of print for almost as long as it has been out. The record was long considered to be a extremely solid album but remained unavailable because of the small label that initially put it out. Since that time Queens has achieved a great level of success so the demand for the record increased.

Josh Homme and company would see the record re-surface in 2011 with 3 bonus tracks. Interestingly enough the 3 bonus tracks are interwoven in the record instead of being stuck at the end. The record stands as a stoner-rock masterpiece. It is a transitional record between the ending of Homme-era Kyuss and the beginning of Queens of the Stone Age.

The album has a more groove oriented feel than other Queens albums making the sound different entirely. The album plays best as a complete piece but it is not without its highlights. The hard and heavy “Avon” and “If Only” set the tone for the album right away. The highlight of the album comes later with “You Would Know” It’s dark and brooding sound paint imagery that would fit in with Fear and Loathing in Las Veges.

The added new tracks’ shining track is “The Bronze.” The other two tracks seem to contribute to a looser sound toward the end of the album, the songs get more rough, more feedback and don’t follow the grooves like the first part of the record does. This is intentional to create a complete experience for the whole set.

This entry was posted in 250 word album reviews and tagged Avon, If Only, Josh Homme, Kyuss, Queens of the Stone Age, remaster, self-titled, You Would Know. Bookmark the permalink.