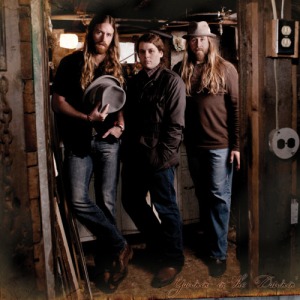 Barry is a band of three brothers. They crank up a smooth acoustic sound on their debut 7-song EP Yawnin’ In The Dawnin’. The band is a labor of love for the Barrys, even overcoming an age difference of about 16 years between two of the brothers to form the band. The songs don’t stray far from home for them as the songs read as personal as any band you will hear.

Yawnin’ In The Dawnin’ is acoustic-folk that dials up some rock and has its country-flavored moments that mean it will be lumped in with the ambiguous genre known as americana. The album’s songs paint a picture of the band in a chatty pub leading an intoxicated sing-along all covered in a sepia tone.

The album’s strongest track is “Carnival(e)” It starts with a rustic romp reminiscent of a Tom Waits song. It then builds into a big chorus and bounces back to the original rustic sound. The songs chorus explodes over the music with a melody that will stick in your head long after the track is over.

“Drink One More” is as autobiographical as a song can get as each of the three brothers take their turn at the mic telling a bit of their respective story. All egos are set aside for the song as the band raises their glasses an invites the telling of their stories.

If Mumford & Sons can achieve success in this genre, there is no reason Barry can’t. Barry’s songs are actually better because they feel authentic and much more personal-able.