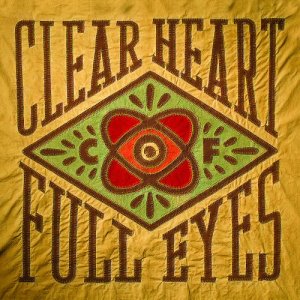 Craig Finn steps out from the Hold Steady to deliver a well crafted solo album that is good with each repeated listen. The record has a bit of a country twang throughout. It is also distinguishes itself from Hold Steady records in several other ways.

Craig Finn has had his “stay positive” moniker for a while now. He maintains it still but you wouldn’t know it by listening to Clear Heart, Full Eyes. It is actually a very dark record. The songs don’t sound really dark but the subject matter is consistently coming from bad places. It makes for a very interesting contrast actually and the album is better for it.

From the opening guitar on “Apollo Bay” with the opening line “My head was really hurtin’, I had to take it to Apollo Bay” you know this is a different animal for Finn. Even on the upbeat jangly swing of “Best Friend Jesus”  you can feel the the darkness in Finn’s lyrics.

The album is really, really solid but highlights include the brilliant guitar on “Terrified Eyes” that will stick in your head long after the track is done. “Jackson” is an incredibly relateable tune that can be summarized by the lyric “Why you askin’ bout Jackson? It was a long time ago and nothing really happened.” “Rented Room” may be the darkest of the songs on Clear Heart, Full Eyes. It simply details the restraints of living in a rented room.

Finn has delivered possibly his best work of his career and it isn’t with the band that brought him his success.