250 Word Album Review: Garbage – Not Your Kind of People 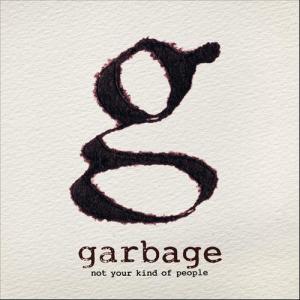 Garbage has taken 17 years to release 5 albums and Not Your Kind of People is the first in 7 years; the result is not good. The once very solid band has morphed into something that is far from where they started. With this record it seems that each record released has not been as good as the one that preceded it.

The heavy-hitting lineup that includes the legendary Butch Vig and instant star Shirley Manson has fallen away from what made them great. They have always pushed for a new sound and they have it; unfortunately it’s not that great.

It is never good when the listener can’t tell if their cd is skipping or if it is the song like in “Control.” Many songs sound like they were plucked from a mixtape at a gay disco. Songs like “I Hate Love” and “Battle In Me” are synth-heavy tracks that are boring and monotonous.

Not Your Kind of People is a very frustrating album because you can hear traces of the old Garbage that was so great in the late 1990’s. Any cool part of a song will be trounced by a change in direction soon after. They band’s music actually sounds less mature now than they did in first couple records.

There are a few redeeming moments but they don’t add up to much. “Not Your Kind of People” is a slow burning songs that Garbage have always excelled at and “Blood For Poppies” has some funk that made the album Beautiful Garbage on alright listen. Overall, just pick up the greatest hits album and appreciate what the band once was.

Key Tracks: “Not Your Kind of People” “Blood For Poppies”

1 Response to 250 Word Album Review: Garbage – Not Your Kind of People