250 Word Album Review: The Dangers – Embrace The Light Outside 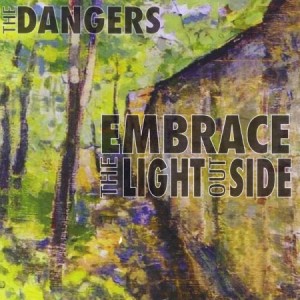 Some bands get the album title wrong. It doesn’t make sense and doesn’t give you any insight into the record. It should work as a window into the soul of the music on the album. Embrace The Light Outside is more than an album title the band got right, The Dangers new album title embodies the music as a whole and becomes a state of mind the record takes you to.

You’ll find few frills on The Dangers 2012 release, it is straight forward rock music that doesn’t sound forced or unsure of itself. The short 9 song album will occupy just over a half hour of your time but will flow smoothly and not over-stay its welcome.

Bands like The Hollies and The Box Tops come to mind when you hear the gentle pop hooks of songs like “The Bell” and “Here I Stand.” On the other hand; the hard guitar crunch of “Narrow Way” conjures up images of early ’70s Rolling Stones and the song’s lyrics fit the bill as well when lead singer Chris LeRoy sings “You know Jesus was an outlaw…” like it was something you should have already known. The Danger’s strengths lie in the short tunes that will rattle in your head days after hearing them like “Hello Day Sleeper” which appropriately gave the album its title and serves as a centerpiece for Embrace The Light Outside.

Some records look to the future; some to the past, but it seems like Embrace The Light Outside is more about enjoying right now than either of those. It is a smooth group songs that will fall well short of reaching as many ears as it should.