The Best of…. Jason Collett: a greatest hits type collection 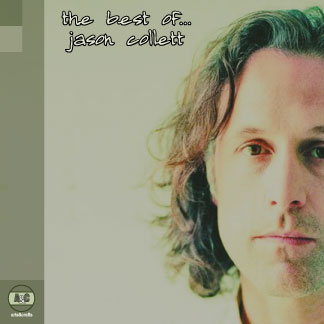 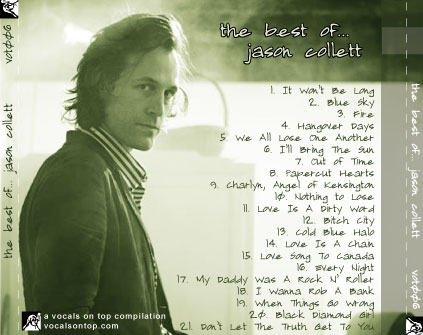 I’ve dug Jason Collett’s music for years now. I can pinpoint the first time I heard him. It was at the Bottleneck in Lawrence, KS as I prepared for what happened to be my favorite show of all time; The Drive-By Truckers 4/17/2005. The soundman was playing some Jason Collett and it made such an impression on me that I asked him what it was, a very uncharacteristic move for me.

Collett has 6 albums and 2 EPs now and I have found no reason to stop listening. This compilation includes selections from almost all of those releases. It is in chronological order so the oldest material is first. It broke down to being a pretty even split of songs from each album. I always say that more isn’t necessarily better when it comes to greatest hits albums but I had to pack this one full because I like so many songs. A nice 12-13 song tracklist likely would have been more efficient but I couldn’t help myself.

The artwork are based on press photos from his latest release Reckon. I added the Arts & Crafts record label insignia to the front to match Collett’s other albums and I think it looks great. I discolored the back photo to attempt to match the front’s green hue. I think it pulled the packaging together well and I’ve got to say I’m pretty happy with this one.

This entry was posted in The Best of... and tagged Arts & Crafts, artwork, Best of, Greatest Hits, Jason Collett, singles, vocals on top. Bookmark the permalink.