Posted on February 4, 2013 by VocalsOnTop 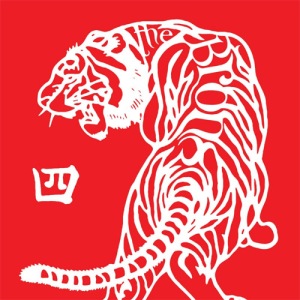 The world need some nice aggressive punk rock and The Bronx is filling the void. They have made a career of putting out solid punk albums and their fourth effort, IV, is not an exception.

While the music on IV isn’t especially revolutionary, it is still a solid listen. The hard edge of songs like “Youth Wasted” are lost in a sea of similar songs on the record. Normally the buzzy guitar of “Too Many Devils” would be a standout but it is surrounded by much of the same. None of this is bad, it just makes for a really hard-edged record that wears you down like a couple rounds in the ring with Oscar De La Hoya. The one very notable exception is “Life Less Ordinary” with it’s severe change of pace from the rest of the album. The track finds vocalist Matt Caughthran accompanied by only a grungy guitar trolling in the background. The song draws much attention to itself and therefor makes it a standout track on the record just because it is so different. What the band does best is the rockers though. The shout-alongs on IV will please fans of the band and it is easy to see them translating into great pieces of a live show.

The Bronx also land themselves as a front-runner for album cover of the year. With the one-color tiger adorning the front of their album with the name worked into the stripe pattern that isn’t immediately noticeable, it is very cool and eye-catching.