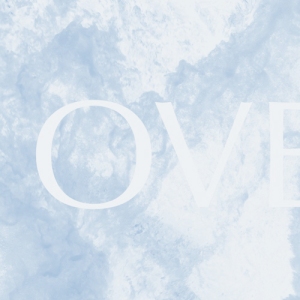 Overseas reminds me of Vic Chesnutt. Not in the fact that the supergroup sounds like Chesnutt a whole lot but the main members of Overseas (Will Johnson and David Bazan) were once in another supergroup together; with Chesuntt and Mark Eitzel called The Undertow Orchestra. The Undertow Orchestra never put out any original music, they just toured but this is the project it could have been.

The stars of this album are the two songwriters: Will Johnson of Centro-matic, South San Gabriel, Monsters of Folk, New Multitudes among others and David Bazan of Pedro The Lion. The album is cohesive and solid; Bazan and Johnson write songs that go very well together. That being said it doesn’t always feel like a collaborative effort. Bazan and Johnson each sing and presumably pen 5 songs each on the 10 track album. The Johnson penned tunes sound like Centro-matic songs and the Bazan songs sound like Pedro The Lion songs. They are very good but don’t sound much like co-written efforts.

The main appeal of this album is hearing the two songwriters’ approaches side by side. Johnson uses a lot of analogies while Bazan is much more straight forward. Johnson’s songs come off ambiguous and mysterious while Bazan’s feel very honest and personal. The two unique vocalists compliment each other nicely and create a very good flow for the record. Ultimately neither songwriter outshines the other here; they run neck and neck for the ten songs and the only thing to hope for is a second Overseas albums someday.

Key Tracks: “Lights Are Gonna Fall” “HELLP” “Ghost To Be”