This will be the first installment of Critic vs. Critic here at Vocals On Top. The premise is to take one topic and have two music guys come up with their own lists blindly and debate the topic. It will be interesting to see the similarities and contrasts of the lists. One critic will be myself, Clint Wiederholt (Vocals On Top, Tuning Fork Magazine, The Clamcast) and the other will be Danny R. Phillips (Blurt Magazine, Missouri Life, VOT, Popshifter etc.) Mr. Phillips contributions to this site and to me personally as a writer can not be understated so it is great to start what will hopefully be a recurring project with him.

So in our carefully unplanned sort of way we decided to start with a band that is vastly important in both of our musical interests: Nirvana. We had no limits on the topic as we simply decided to do the best five underappreciated Nirvana songs. 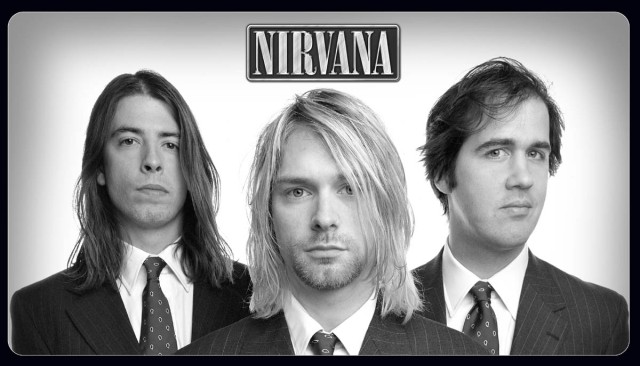 The cover art of Nirvana’s vault clearing box set With Lights Out that contains many of the song picked on these lists.

Yes, I know that a vast majority of alternative rock fans of a certain age group love “Smells Like Teen Spirit.”  I get it.  It is the theme song of a generation, my generation. When Nevermind firebombed the Billboard Hot 100, I was 16, angry; the perfect age for rebellion, the rebellion that Nirvana represented was there to take me over.  It resonated with me, I claimed every chord, scream and mumbled lyric as my own.

However, it was not “Teen Spirit” that won me over, the honor of blowing my mind first goes to “Breed.”  I have never been a singles guy, I’m a digger, always looking deeper, past the songs that I’m told to like either by the chart position or “cool” factor.  When Vocals on Top head honcho Clint Wiederholt asked me to do a Critic vs Critic(an article series I hope will continue) around Nirvana’s unsung, underappreciated songs to commemorate the two decades gone of Kurt Cobain and the induction of his band into The Rock n Roll Hall of Fame  I was excited.  I was pleased, worried and honored that he asked me to put words to paper.

Oh the Guilt – (available on With Lights Out box set)

Spank Thru – (available on Bleach and Subpop 200)

This is Nirvana’s biggest shot at blatant hero worship. Included in the exceptional compilation Subpop 200, “Spank Thru,” an ode to the joys of self-pleasure, is the most Meat Puppets sounding song not written by the Brothers Meat.  It’s as cowpunk as they come.  If you want live, go with the one included in “From the Muddy Banks of the Wishkah” or the bootleg recorded at Duffy’s Bar in Lincoln, Nebraska called “Stiff Drinks.”

The original title of the band’s final studio album In Utero, it is the most honest title of any of the Nirvana songs.  It is Cobain making fun of himself (I think) and hating his new station in the rock strata. “Runny nose and running joke,” and “one more quirky clichéd phrase” are but two lines of Cobain looking at what he’d become in the mirror and not liking what he saw.

The Beavis and Butt-head Experience soundtrack contains the only Nirvana song to make both lists here with “I Hate Myself And I Want To Die.”

Token Eastern Song – (available on With Lights Out box set)

Another winner never to find a home on a record.  “Token Eastern Song” or “Born in a Junkyard” possesses one of Novoselic’s coolest, grooviest basslines and the lyrics “I’m not gonna make you scream / suicide is something mean” and “keep it in your gut” references to his mental state and physiology are subjects Kurt revisits over and over throughout his tragically too short career that no one seemed to hear.

A song from their debut Bleach, “Mr. Moustache” is a guitar line drenched in fuzz, showing the great level of influence The Melvins’ Buzz Osborne had on Cobain as a guitarist. A hybrid speed/sludge track that the jock rednecks that beat and terrorized Kurt in his hometown of Aberdeen, Washington would never listen to and never figure out its making fun of them.

There you have it kids, my picks for the unsung heroes in the Nirvana canon.  In an age when Lorde, Luke Bryan and Taylor Swift dominate the music world, it is nice to know there is a Nirvana for those that hunger for something different to search out; I’m just sad that I will never have the pleasure of hearing it for the first time ever again.

“Return of the Rat,”(The Wipers) “Here She Comes Now,”(The Velvet Underground)“The Money Will Roll Right In” (any song that says “I’ll get to fuck Brooke Shields” is a winner) (Fang), “White Lace and Strange” (Thunder and Roses) “Plateau/Oh Me/Lake of Fire” (The Meat Puppets) “Love Buzz” (Shocking Blue)

Nirvana will always be important to me as a music fan. There was a time when their music was valued above all others in my life. That time has since faded away much the way grunge did in general. Still I believe Kurt Cobain to be a brilliant songwriter and Dave Grohl and Krist Novoselic to be perfect partners in crime for him. I do want to mention that I believe no Nirvana song to be underappreciated, I mean, how could it be? Their relentless fanbase knows every song title in their songbook and have exposed nearly every track that possibly could see the light of day. Still, here is my take at the Top 5 “Underappreciated” Nirvana songs.

Getting into Nirvana after Cobain had already cowardly taken his own life, I was exposed to all of their music at once. “Hairspray Queen” off of the b-sides cd Incesticide was one of the first songs to ever grab me by the band and tell me they were capable of things that I had never heard before. The insane vocal performance by Cobain is simply brilliant. Novoselic’s bass line on the song gives it the melody that Cobain’s vocals try to destroy.

Curmudgeon – (avilable on Lithium single, With Lights Out box set)

“Curmudgeon” is another song with some creative vocal work by Cobain. It was special to me because it was on the Lithium cd single (on top of being a kick ass song of course) I loved the cover of that cd single and it was important because that is where you got the lyrics to the Nevermind album. At that point in my life I also loved songs that had one of those naughty words in it (spoiler alert: Kurt says “shit” a lot in the song.) Since that time I have evolved into the opinion that using those words is often cheap and gimmicky. Still, “Curmudgeon” stands the test of time for me.

One of the absolute most unfortunately titled songs in the history of rock. While the title of the song may well have defined Kurt, it is still stupid to saddle a good song with such an awful title. The song has a classic grinding Nirvana riff and Grohl crashing symbols in a way it seems only he can. The riff remains key for the song, it echoes in my head long after I’ve moved onto a different track.

The No Alternative compilation contained several great artists from the early 90s including Nirvana even though your won’t find their name on it anywhere; “Verse Chorus Verse” is a hidden song on the album.

This is an interesting one, it was a hidden track on one of the most important compilations of the 90s, No Alternative and at a time when the world couldn’t be more hungry for a fresh Nirvana song. Cobain’s buzzing guitar and Grohl’s huge sounding drums make this song a keeper. It is also catchy and could have easily fit on either In Utero or Nevermind. It is an outtake from the Nevermind sessions.

Talk To Me (available on nothing, a youtube video is the best you can get and if you bootleg: “Outcesticide: In Memory of Kurt Cobain“)

This song represents how fans always want more out of Nirvana’s vaults. It is only available on youtube or the famous Outcesticide bootlegs. Their is no denying that the song is pretty awesome by the rough versions that exist. The best version is from 1991 though, what does this mean? Nirvana had a lot of studio time after this, is it possible a studio version exists buried deep in the vaults, who knows? We can all hope so though.

Thanks to Danny R. Phillips for his contributions as always. Feel free to submit your underappreciated Nirvana songs so Danny and I can make fun of you.