Wilco is one of the best rock bands active right now without question. They may very well be THE best rock band right now. Jeff Tweedy is simply a brilliant songwriter Wilco still has now release a bad record. After a stellar debut album in 1995 the band just seemed to get better. With contributions from Brian Henneman, Jay Bennett for a couple albums and on newer material from Nels Cline, Tweedy has always surrounded himself with the right musicians to produce great music. Here is the Vocals On Top best five Wilco records:

Here are the nominees:

Stand-out tracks: “Jesus Etc.” “War On War” “I’m The Man Who Loves You” “I Am Trying To Break Your Heart”

Yankee Hotel Foxtrot is the best album recorded in my lifetime. That covers roughly the last 30 years of music and I stand by that bold statement. If you don’t know the back-story behind this record you should research it but I don’t want to spoil it here. The bottom line behind this controversial record is that it is absolutely flawless. A record that came to me with an unreal amount of hype somehow managed to easily exceed those expectations. The song “Jesus Etc.” simply blew me away. A perfect little pop song with flat out scary parallels to the September 11th attacks. Songs like “War on War” and “Heavy Metal Drummer” seem to have perfect pacing and pop sensibility. The record weaves in and out of short songs to long songs and experimental tunes to straight forward stuff. Even the worst songs on this record are breathtaking, I simply can’t say enough about how great this album is.

Stand-out tracks: “I’m Always In Love” “Via Chicago” “Nothing’severgonnastandinmyway(again)” “How To Fight Loneliness”

Wilco’s third record showed they had more tricks than being a great alt-country band. Tweedy shows his demons on songs like “How To Fight Loneliness” and “She’s A Jar.” Straight forward classic rockers like “Can’t Stand It” and “Nothing’severgonnastandinmyway(again)” are sort of lost classics within Wilco’s catalog. With Jay Bennett putting forth his greatest contributions to the group the record will go down as a five start classic.

Stand-out tracks: “Art of Almost” “One Sunday Morning” “Dawned On Me” 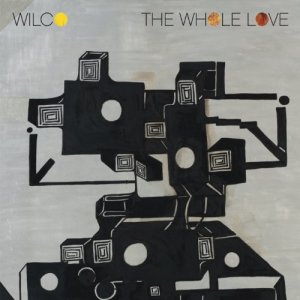 The Whole Love stands as Wilco’s return to producing a full record with no filler. Not that albums like Wilco (The Album) or Sky Blue Sky were bad but they had their low points and this record doesn’t. The record is highlighted by its bookends. The experimental 7 minute plus “Art of Almost” leads the record off with some of the best instrumental jam work by the band ever. The song is only outlasted by the 12 minute acoustic plucking of “One Sunday Morning” that is in many ways the opposite of the first song. In between you’ll find Tweedy tossing out pop gems like “I Might” and “Dawned On Me” that are all solid.

Being There is a superb double album with solid rockers like beautiful ballads. “Sunken Treasure” is a song that you never want to end with its gentle approach and the swampy guitar of “Outtasite (Outta Site)” seems to end way too quickly. The grinding “Kingpin” has remained a crowd favorite for close to 20 years for good reason. Some great mindless rockers are even included like “Monday” and “I Got You” that make Wilco’s second release slightly better than their debut.

Stand-out tracks: “Box Full of Letters” “Passenger Side” “I Must Be High” 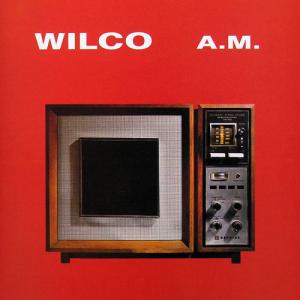 The only true alt-country record by Wilco sounds different than any other album by them. Being There was close but the focus was different on A.M. Maybe it had something to do with americana all-star Brian Henneman of the Bottle Rockets who played on every song except one being involved. The result is great either way, “Box Full of Letters” is a great country-stomp rocker (how great is the line “I just can’t find the time to write my mind the way I want it to read”?) and “Casino Queen” is a sing-along classic. Slower tracks like “Pick Up The Change” and “I thought I Held You” are perfect for drowning your sorrows as well. For most artists this would’ve been a career highlight, but Wilco was just getting started.

A special thanks to RiffRaf.net for the idea to do this.