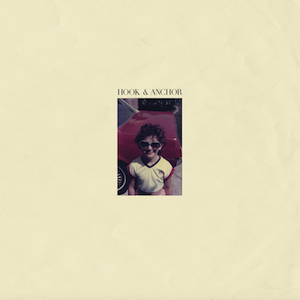 Hook & Anchor throws back to some classic rock  with a country twist for their self-titled album. The songs are dominated by female vocals for the most part and the band has a tight country twang to it. The vocals and clean production point clearly toward Fleetwood Mac as a clear influence and comparison.

The Fleetwood Mac influence is staggering on the track “Blackbird” complete with a bit of an 80s songwriting feel but thankfully is missing those awful 80s drums. Other songs like “Wild Wind” and “Famously Easy” have similar vibes but separate themselves more from the legendary pop band with many of the same components as Hook & Anchor. The most defining thing about Hook & Anchor is their rootsy sound which undoubtedly throws them in the americana category. The singing violin on the start of “Concerning Spectral Pinching” is Grande Ole Opry worthy and “Light of the Moon” feels like it was conceived in the republic of Texas. The song title “No, It’s Not” is a reaction to the song with the chorus of “it’s gonna be alright” as the title tries to defy the song itself. The group shows their versatility by going from a piano laden hymn on “Hammer” to slow acoustic plucking on “Fine Old Times” but usually ends up a little more up-tempo like on “Famously Easy” or “Light of the Moon.”

Clean production and well done country twang lead the way for this record, the most interesting aspect may be stylistic changes and the intriguing parallels to Fleetwood Mac. It should be interesting to see what direction Hook & Anchor goes next.