2001 was a desolate time. 15 years removed from today and I’d give every dime I have to go back. Rock and Roll had really faded away and given way to N’Sync and the Backstreet Boys and a bunch of underground crap garage bands. This would ultimately prove to be the year the badasses took Rock and Roll back! A full menu of tasty treats would unfold throughout the year and make everyone believe again. They said that the radio waves were stale but they were wrong, An amazing group of pioneers took the reins and saved the most badass music genre. Pioneers named Chad Kroeger, Scott Stapp and Fred Durst collectively said “enough bullshit, let’s fuckin’ rock.”

Of that year it is difficult to narrow down just who had the biggest impact but one thing is for sure, Rock and Roll is still feeling the shockwaves from 2001. Here is my best attempt at narrowing down possibly the greatest year in Rock history into just a few albums. Here are my top 5 albums from 2001 that ultimately would prove to save Rock and Roll.

Nickelback – Sliver Side Up 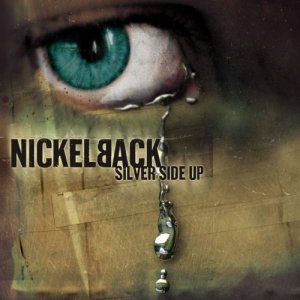 Nickelback proved you could be Canadian AND amazing. From the first time I heard “How You Remind Me” I was hooked like never before. We’ve all had our heart broken and Chad Kroeger seemed to reach in our collective chests and pull those feelings out and put them in a song. Not to be outdone, and emotional ode to his father that was never around is found on “Too Bad.” If you can make it through that song without tearing up you are a bigger man than I. The songs from this record created thousands of future rock stars working as influences for such young rockers as Five Finger Death Punch, Shinedown and Seether. This album has its mark on history and it’s in the shape of a guitar. 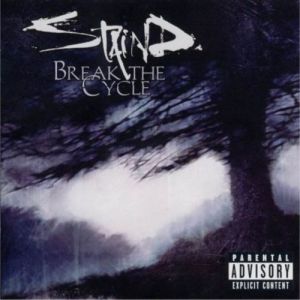 It’s been a while since I’d heard an album this good. Fresh off the Family Values tour Staind released this juggernaut featuring the smash hit “It’s Been A While” that you can still hear ringing out of pickups with rebel flags in the back window to this day. Aaron Lewis would later cater to that crowd more with a country career but this album is where he hooked them. If you want a smash up rocker that nails you in the face “Open Your Eyes” into your CD player, the guitar is heavy enough to send you into a state of ecstasy. It was called “Break The Cycle” and that’s exactly what it did, breaking America’s cycle of no kick ass rock. 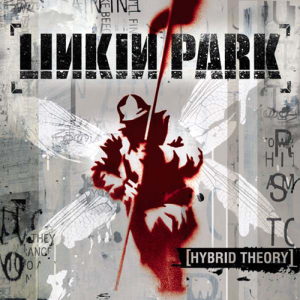 Linkin Park proved rap and rock didn’t have to be separate things. With Mike Shinoda busting rhymes better than anyone in the 90s and Chester Bennington’s booming voice they had two frontmen better than 99.9% of the bands in the world. “In The End” was a smash hit along with “One Step Closer” and “Crawling.” These songs dominated the rock airwaves and saved them from crappy alternative bands. This album was such an amazing debut for a band it became THE bestselling record of the booming year of 2001. It would go on to sell 27 million copies. With songs this quality captivating both the rock and rap community it’s hard to see how it wouldn’t have sold that many copies. 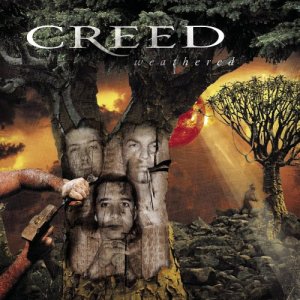 Religion and rocking out don’t have to be two separate entities either. Creed’s frontman Scott Stapp wore his religion on his chest and proved that being a faithful man wasn’t a bad thing and it didn’t mean you couldn’t tour and sing to millions of hard rocking fans. This album had the most emotional song of 2001 with the gut wrenching “One Last Breath” that some fans still can’t listen to 15 years later. With “Freedom Fighter” they netted the military crowd and with “My Sacrifice” they wrote possibly the biggest Rock and Roll and religious crossover song of all-time. They may sing that they are “rusted and weathered” here on this album but they proved they were easily in their prime. In a perfect world Creed would still be touring and their songs would still ring out of every stereo you see. 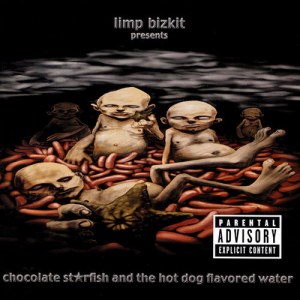 The Who isn’t the only band that can lay claim to a song named “My Generation.” Fred Durst and company took the crusty old title and gave it new life. Hats would turn backward across the nation in honor of this amazing band and album. Proving they weren’t no mama’s boys they put 46 instances of the word “fuck” into one song on “Hot Dog” just to prove they didn’t play by anyone’s rules. “Rollin'” is a song I still sing every time I grip my steering wheel and when they sing “it’s my way or the high way” I fuckin’ believe them. Sure this record came out in late 2000 but it’s impact was definitely felt throughout 2001.

I know, I know.. this is a 6th album for 2001. Realistically how could I resist? The badassness of the cover is enough to make it be on here. When you put a kid’s bare ass on your album cover it isn’t child pornography, it says “we’ve always been badass.”Spelling Mudd with two Ds? Who thinks of that? It’s awesome! You know the massive hit single “Control” with the legendary poetic line “I love the way you look at me, I love the way you smack my ass” and I know you still have it on your iPod just like I do. Not to be outdone by the emotional impact of great songs like “One Last Breath” and “Too Bad” Puddle of Mudd put out “Blurry” that made all of our eyes blurry… with tears. Wes Scantlin was just a midwest boy with a dream of being Kurt Cobain. I think it’s obvious he eclipsed that with this album alone.

So there it is, 15 years ago Rock and Roll obtained perfection and this article is proof. 6 staggeringly good records that still stand the test of time. Let’s hope these album never go away, I think their influence on any good music you hear is obvious and in that respect we hear them all the time.

You’ve probably realized by now that this is an April Fools Day joke. If you haven’t you should pay closer attention. These albums are all pretty terrible and if there is one true comment in this article it is that the ripple effect from these albums can still be felt in music today. This is very true, only not in a good way. These bands all crumbled for a reason and we should be thankful for that. If this article made you mad write me an email and I’ll hope it makes you feel better, I won’t read it. Thanks for playing along.