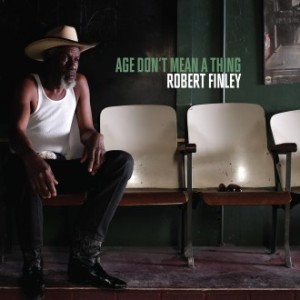 Robert Finley is as true of a modern blues artist as you will hear. His debut album “Age Don’t Mean A Thing” was recorded at age 62 and contains splashes of all the musical influences that you would expect.

On the title track he howls like BB King, as he does through most of the record but he provides much more as he samples soul and funk as well. Tracks like “I Just Want To Tell You” are swimming in blues tradition with down and out lyrics but covered in jazzy horns to make it upbeat. His raspy vocals on “Age Don’t Mean A Thing” show he’s more into showing raw emotion that trying to deliver a Teddy Pendergrass style performance. He even gets loose with some funk with help of a solid horn section on “Come On” that sounds like it was transported straight from the 70s. The conflicting ideologies on “Snake In My Grass” and “Is It Possible To Love 2 People” is bothering. The latter is hard to take as sincere because of the former. He is shooting for some smooth soul but at times comes up short.

Overall the record feels rough at times but still has strong moments like the down home soul of “Make It With You” that make the album worth sampling. It seems the blues are where his strengths lie and where he is most sincere. An album more focused around those songs could really be something worth investing in.