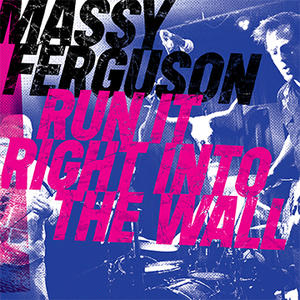 This kind of twang you wouldn’t expect to come out of Seattle. The band’s northwest leanings do explain the heavier guitar driven sound though. With the thick, Jay Farrar sounding vocals it would always be difficult for the group to totally escape being associated with country, not that they are particularly trying.

Songs like “Firewater” are just simple, driving bar songs, the kind of tunes that sound intentionally tired and worked over. The guitar crunch on songs like “Makin’ It” leap off the page in contrast to slower songs. There aren’t a lot of unexpected turns and twists throughout the album but the concentration on putting together a concise, consistent effort is apparent. Twangy guitars replace the late 80s garage band crunch on “Sante Fe” where the band possibly shows where their spiritual home is. Songs like “Sante Fe” show their ability to deliver a solid hook and surround it with interesting guitar licks, twangy or not. While the band may owe a tip of the cap to Jay Farrar and Son Volt alongside the Bottle Rockets, they are equally influenced by R.E.M. and the Meat Puppets. Massy Ferguson is a refined and confident band, you can hear it in songs like “Away From The Devil” that they are steady and sure of what they are doing with each step.

This may not be a straight-up americana effort but it is still close. After all, you could take the band out of the country but you can’t take the country out of the band.

Key tracks: “Makin’ It” “Away From The Devil”