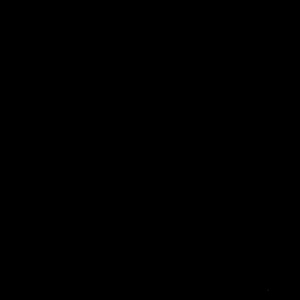 The black album cover should tell you a lot about what you need to know about Ashley Raines’ latest release. He has traditionally kept his album cover barren when it comes to his name and album title but this takes it to a new level. The album is titled “King of Nothin'” after all, isn’t this exactly what the cover of it should look like?

The mood of Raines’ music may not be a ton different here but the sound is. After some characteristic acoustic picking on “I Don’t Know What I’d Do Without You” for the short sub 1:00 opening track, a bass line leads the dark and desperate “Good Things Happen To Bad People.” Then up next for the title track things take a bit of a turn. Keyboards coat the song giving it a different ecosystem to exist in. The sound takes center stage on “King of Nothin'” giving it a more produced and refined sound, something that Raines has consciously avoided in the past. Throughout his career Raines has thrived on down and dirty recording that only added to the direct and desolate nature of his music but on this album there is an effort for a cleaner sound. On “Keeps Turning” a simple drum backing drives the song while some relaxed guitar helps the song settle to a calm conclusion. On “Repent” the backbone of the song is once again the keyboards as they hover about in the song.

“King of Nothin'” may be a bit of turn in Raines’ catalog, the mood is mostly consistent with his other work but stylistically it is an interesting shift giving him more dynamics to play with and this album is a great example why that isn’t a bad thing.