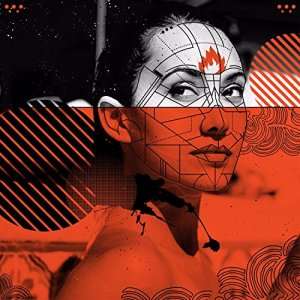 It’s a bit of a mystery exactly why Mike Doughty’s music is so appealing. It just feels very authentic and original, he’s also a good songwriter but what it just might be is the way he sings.

Not only is his voice very interesting and unique but he uses his vocals as an instrument. Being a true solo artist now he uses all the weapons he has at his disposal. He uses them in different ways too, he crafts a great radio friendly songs on “I Can’t Believe I Found You In That Town” and “Making Me Lay Down.” He also reduces things to a skeletal remain on “Sad Girl Walking In The Rain” but then uses his studio clout to pile things on top of eachother on the song “Brian” creating a sideshow of sounds engulfed in texture. He is also a master of creating mood like on the nervous sounding “Don’t Jerk The Wheel” that makes the listener twitch. Overall he is best at creating great vocal hooks, there are tons of examples here but the lead single from the record “I Can’t Believe I Found You In That Town” is probably the best example of not only how unique Doughty’s music is but how good he is at just writing damn good songs.

His records always get a pass because he doesn’t fall into the pitfalls many songwriters do where their material becomes boring. His off-kilter sense of rhythm and hooks makes all of his albums worthwhile.

Key Tracks: “I Can’t Believe I Found You In That Town” “Making Me Lay Down” “Sad Girl Walking In The Rain”

This entry was posted in 250 word album reviews and tagged 4 Stars, album review, I Can't Believe I Found You In That Town, Making Me Lay Down, Mike Doughty, record review, review, Sad Girl Walking In The Rain, Soul Coughing, The Heart Watches While The Brain Burns. Bookmark the permalink.