Posted on February 7, 2017 by VocalsOnTop 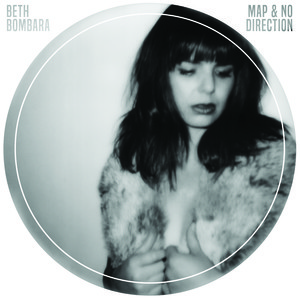 Beth Bombara is a midwest songstress in the vein of Lucinda Williams and with the delivery of Aimee Mann. Her latest release “Map & No Direction” finds her skillfully weaving her way in and out of soul searching numbers while never shying away from a clean pop sensibility. She seems to be heading in the same direction as one of the bright spots of 2016, Lydia Loveless.

You can call it folk, country, rock… there aren’t many wrong answers here because it is a very present and self aware album not committing to any genre. She shows off her smooth vocals on “Sweet Time” where she flirts with a soul tune reminiscent of the direction Sam Cooke always took songs. The slide guitar work on “I Tried” starts the album off strong with likely its most radio friendly track. On “Map & No Direction” Bombara finds herself being guided through the jangly tune be a violin and on a gentle telling of the Bob Dylan classic “Blind Willie McTell” she finds the necessary gear to burn like is appropriate for the song.

The new era of country-rock songstresses has begun, Bombara is making as good of clean pop friendly songs in this genre as you will find. Her voice fits the songs here nicely and her band is spot on in keeping these songs interesting.

This album is available for pre-order through PledgeMusic Here. It is set to be released March 4th, 2017.