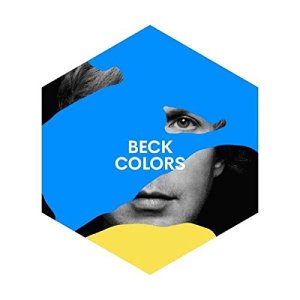 I expected this to be one of the most disappointing albums of all time after hearing a couple singles. The songs “Wow” and “Up All Night” found my ears and I was instantly repulsed. The fact that this record has clawed its way up to a 4 star rating is baffling.

It’s what Beck does though, he makes good music. This hip, dance, club direction he decided to head toward was the opposite of what some of us wanted. There are those of us who love “Sea Change” “Morning Phase” and “Mutations” and honestly saw “Midnight Vultures” and similar records and songs as outliers. The first glimmer of hope for “Colors” was “Dear Life,” that song wasn’t AS bad as “Wow” and “Up All Night” so it gave hope, but not much. Upon the first full listen to “Colors” it becomes clear what Beck is doing. The record stands strong as a whole, it’s the individual songs that remain perplexing by themselves. The singles here are still among the worst songs in this batch, “I’m So Free” and “No Distraction” are way better than the songs listed above. “Colors” wins you over with its cohesiveness, Beck doesn’t do things half-ass and he proves it here. Even “Wow” is a better song in the context of the whole record.

It’s really a bold move for Beck to put out this collection of songs, especially at 47 years old. Maybe this is all part of Beck’s process, to get our next “Sea Change” or “Morning Phase” he needs to get this out of his system, either way this is really good pop music and you simply can’t deny that.