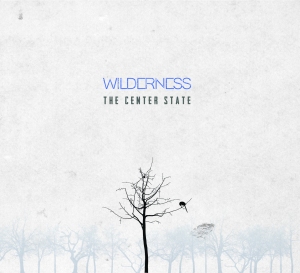 The Center State’s second full-length album “Wilderness” is a sentimental affair that shows the band’s abilities. The group compiles a focused group of songs here where they test their comfort zones and take another step forward.

The opening track “Wilderness” pushes their own sound as it’s an uncharacteristic upbeat romp. The mood is wistful still but the erratic song shows it’s not business as usual here. On “Sunrise” (cowritten by Stephen Wilson and Leigh Nash of Sixpence None The Richer) McKenzie Davidson takes vocal duties on the sweet pop song with big hooks, making it one of the stronger earworms here. The tone of the album remains pensive most of the time though, like on “I’ve Been Through The Fire” sang by Jeremy Sharp, who shoulders most of the vocal weight on the album. The graceful music fits the reflective nature of the songs, on tracks like “Culprit From Within” it’s not hard to see how much thought and interpretation was considered here. On the more transparent “Average Joe” bassist Brad Davidson makes the bouncy tune one of the most memorable of the record with smooth vocals and the swaying violin keeps you reeled in. The conclusion, a cover of the Ray Lamontagne song “Shelter” makes perfect sense here too, it fits perfectly and seems to sum up the album well.

“Wilderness” shows how talented the musicians are here and that as a band they are pushing themselves, this sophomore album has more range than their first and still maintains its cohesiveness.