Posted on September 4, 2018 by VocalsOnTop 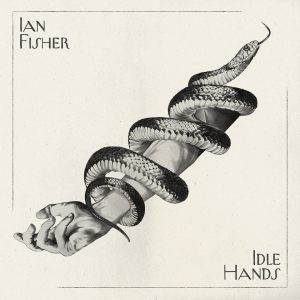 Ian Fisher builds his new album “Idle Hands” on a foundation of piano balladry. He strays from this structure occasionally but Fisher crooning with the black and white keys is the backbone here.

On “Tables Turned” he shows his strong ear for pop music reminiscent of Harry Nilsson as he builds multiple hooks into a single song. His distinct voice helps keep the songs from fading into monotony which can occasionally happen with piano ballads. On “Road To Jordan” things get a little more interesting as it sounds like “The Man In Me” from Bob Dylan and on “Bed Downtown” Fisher sounds like John Lennon’s solo career if he would’ve dabbled with steel guitar. There’s a lot of unique stuff here but overall if you’re into 70s rock that doesn’t sound dated this album may be right up your ally.