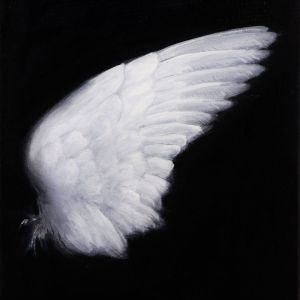 Emmaline Twist is straight to the point on “Dissimulation.” They take an Interpol style drone and put together a short but compact shoegaze album that will survive repeated listens.

The band’s strong rhythm section locks in on each song and creates a landscape for the lyrics to breathe on. On the opening “Desperate Measures” you get a microcosm of the album right away. Meredith McGrade’s always controlled vocals light the songs up where they could probably stand alone as atmospheric instrumentals. There isn’t a ton of variance among the 8 songs here but “Almost Blue” has a little bounce to it and as per the rest of the record, the band follows bass player Kristin Conkright’s lead as the bass adds as much texture to the songs as the guitar does. It’s easy to lose track lyrically on the album but “Catch Like Fire” sticks out as a premium track with some clever metaphors. The album is really about solid shoegaze and a band really holding strong to a rhythm and jamming off of that.