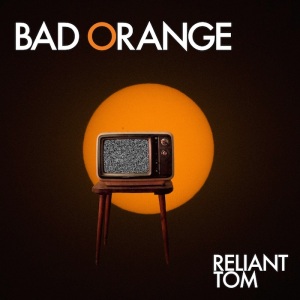 Reliant Tom’s electronica fueled “Bad Orange” concentrates on grooves and vocal prowess. With a vocalist that sounds like Shirley Manson drowning in “Kid A” inspired instrumentals that album is definitely unique.

On the opening song “Bad Orange” the duo kicks into an artistic funk groove that bears the weight of the album as it works as a perfect microcosm of what follows. On “Happy Birthday” some PJ Harvey-esque singing once again is backed by ambient keyboards and digital drum sounds that almost sound mathematical. The moody “Divergent” slows things down and lets your mind wander and has less of a push and pull quality that many songs here possess. If you are a fan of keyboards and how songs can be formed around them this could be a great album for you, the songs just seem buried beneath that.

This entry was posted in Album at a glance, Uncategorized and tagged 2 stars, album at a glance, album review, Bad Orange, electronica, Kid A, Radiohead, Reliant Tom, Shirley Manson. Bookmark the permalink.