Posted on December 4, 2018 by VocalsOnTop 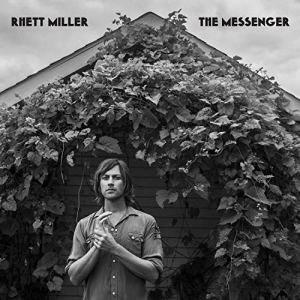 Rhett Miller wanders from his band the Old 97’s occasionally to record some solo records, “The Messenger” is his fifth to be exact. Many frontmen have solo careers that are essentially stripped down and quieter versions of their band, for the most part this isn’t the case for Miller.

While Miller’s solo material doesn’t sonically match his rowdy Texas band’s output sonically, it’s also quite different musically. The arrangements and structures are noticeably different, the Old 97’s have a distinct sound and this is because they follow certain templates. Rhett Miller colors outside those lines on his solo albums and it’s very evident here on songs like “Did I Lose You At I Love You” where there is almost a 60s soul feel. On the opening track “Total Disaster” and later on “I Used To Write In Notebooks” the thumping bass lines are obviously outside o the regular as well. The smooth delivery makes these songs distinct, the experimentation he uses on songs makes them feel less cohesive than his band’s efforts too though. Miller specializes in cross-eyed love songs like “If You Were A Stranger” and “The Human Condition” where he spins a love song on it’s head and finds a weirdly unique perspective to narrate from. His crowning achievement here might well be “Close Most of the Time” where he tells the history of his love life, giving a more personal peek at him than you normally hear.

Overall the album is like most Miller solo records, refreshingly different but a bit of a scattershot of love(ish) songs.

Key Tracks: “Close Most of the Time” “Total Disaster”